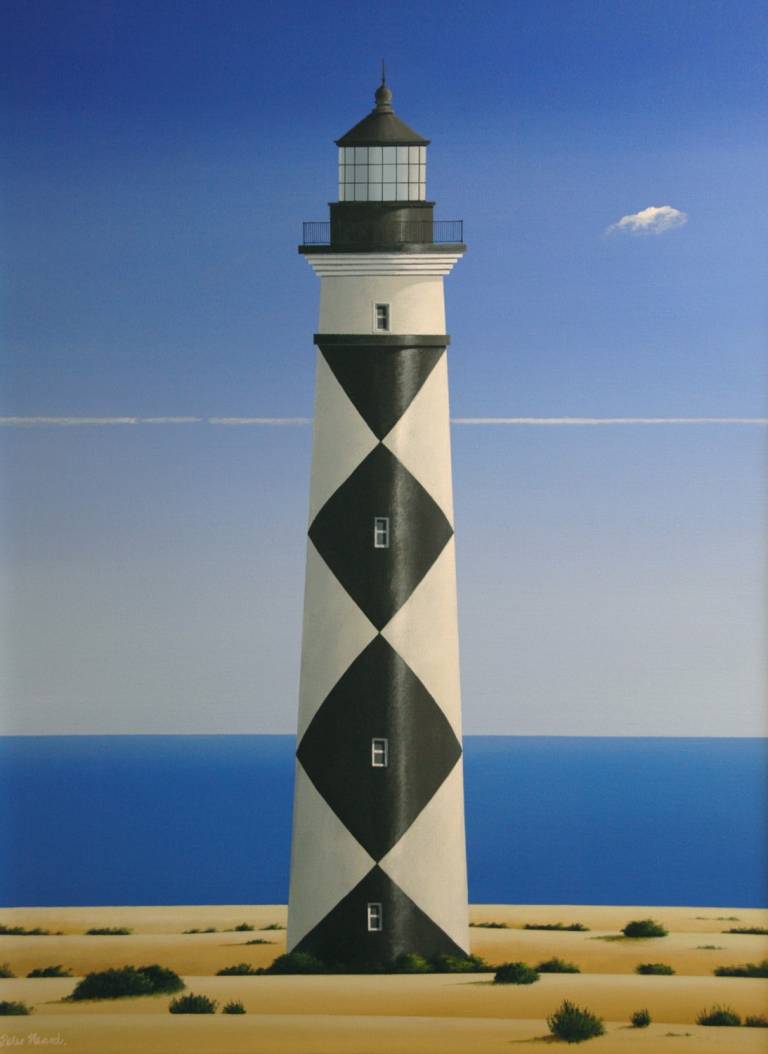 It was the magnificent lighthouses of the Outer Banks of North Carolina that started my lighthouse journey. We had generously been invited to the beach house of an art collector and now friend,who we met at Art Expo in New York. We discovered the spectacular chain of Eastern seaboard barrier islands known as the Outer Banks.

Four giant lighthouses protected mariners from the treacherous sand islands and the Diamond Shoals where the North South Gulf Stream clashed with the South North Labrador Current,an area known as the graveyard of the Atlantic. High enough at 200 feet their lanterns could be seen from 20 miles at sea and the distinctive markings showed the way in daylight.

Currituck remains brick and unpainted,Bodie Island is black and white bands, Hatteras is black and white barber pole and Cape lookout is black and white diamonds.To me they were a fusion of structure,form and graphics that entranced me and kick started my lighthouse paintings that now number about 300 ! Hatteras was threatened by erosion and President Clinton on a visit agreed funding and the enormous structure was jacked up and wheeled inland where it is now safe..