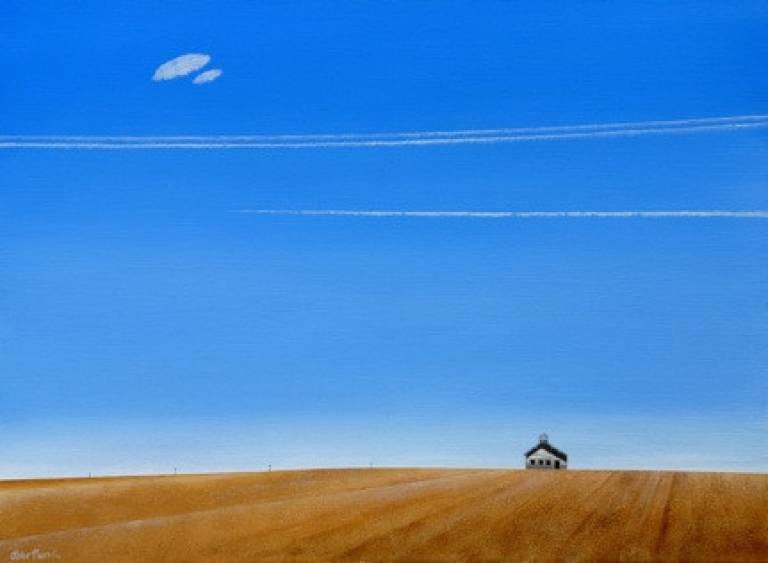 In the American western homestead era some 5 million Federally encouraged immigrant settlers subsistence farmed on 160 acre parcels of land given to them by Government Statute. To educate their children, tens of thousands of one room schoolhouses were built about three miles apart in walking distance dotting the prairies.

With the great depression coinciding with the dustbowl  years of no rainfall, the homesteads proved to be unfarmable and were abandoned. By the early 50's the 5 million  were driven from their farms by circumstance and the bankers. Nothing changes!

A scattering of ruined schoolhouses still exist today. There is nothing else left other than millions of children , educated in a rigorous 3 R’s regime, who went off to drive America forward.

This painting is inspired by this story and a wonderful book I found at the American Museum in Bath called 'The Prairie Schoolhouse ' by John Martin Campbell who I thank.